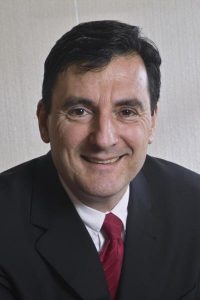 As of March 1, 2012, Mr. Juan Carlos Peralejo is the new Country Manager of Nestlé Bulgaria. Previously, Mr. Peralejo was Director of Dairy  & Confectionery at Nestlé for the entire Iberian region. He was holding this position since 2008

Mr Peralejo graduates his education in the CEU University of San Pablo, Spain in 1978. He has a PhD in Law and after his graduation, he receives an honorable scholarship in Constitutional law from Spanish Governmental Center for Constitutional Studies.

Mr. Juan Carlos Peralejo joined Nestlé in 1987 having previously held various management positions in sales and commercial at Kellogg and Rowntree Mackintosh SA. Since the beginning of his career at Nestlé he has held various positions primarily in the company’s Confectionery business. There, Mr. Peralejo gained extensive experience in sales and marketing and in 2003 he was appointed Confectionery Marketing and Business Optimization Manager for Nestlé’s markets in Central Europe (including the Czech Republic, Slovakia, Poland, the Baltic States and Hungary).

In 2004, Juan Carlos Peralejo was appointed Confectionery Business Manager at Nestlé Hungary and in 2006 he took over as Manager of Nestlé’s Strategic Business Unit in Confectionery, with base at the Vevey headoffice in Switzerland.