The yacht Chocolate with Swiss skipper Francois Bopp (member of the Bulgarian-Swiss Chamber of Commerce) debuted with a sweet triumph at the Varna Channel Cup 2021 regatta.

The seventh edition of the sailing regatta for keel yachts Varna Channel Cup again did not disappoint in its three-day edition, offering adrenaline and spectacle to visitors. As many as 37 crews took part in the six races, which were held under the auspices of Romanian international judge Kozmin Andronic, as well as the protest commission led by Prof. Kamen Filov.

The reason for not holding the maximum scheduled 10 races was the lack of proper wind. Fortunately for the audience, on May 23, when the emblematic sea-lake races were held, the forecast was favorable for sailing and the three races were held, which allowed the colorful spinnakers to create a unique view of the Sea Capital.

This year the first in class ORC A was the new crew of the yacht Chocolate with skipper Francois Bopp, followed by LZ yachting 1991 with skipper Lachezar Bratoev and PETRA of Pavel Dukov.

With this victory, Chocolate makes a serious request to intervene in the annual rankings. 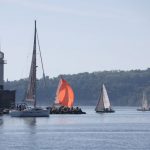 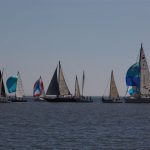