22-23 February, BSCC held a meeting with representatives of the local business in the City of Pleven at the kind invitation of the District Governor of Pleven, Mr. Ivan Novkirishki, and the Mayor of Pleven, Prof. Dr. Dimitar Stoykov.

Official guest of the event was HE Mrs. Regina Escher, Ambassador of the Swiss Confederation to Bulgaria, and Mrs. Tsetska Tsacheva, President of the National Assembly, sent a welcome address.

The meeting was attended of the Members of Parliament Plamen Tachev, Hristina Yancheva and Darin Matov.

The main purpose of the event to extend the opportunities for joint initiatives and contacts between BSCC members, other Swiss companies and business partners from the Pleven region. The current projects and the perspectives in front of the Pleven District were presented, as well as the activity of the Chamber.

At the cocktail that followed, the participants had the chance to exchange ideas for possible initiatives of common interest.

Pictures from the event (provided by the District Administration and the news portal “http://plevenzapleven.bg/”). 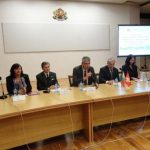 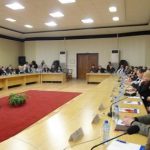 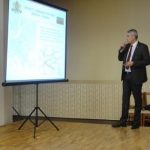 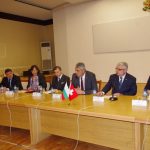