BSCC Partnership
*only in English
President of Switzerland Doris Leuthard: DOMINO is a true success story 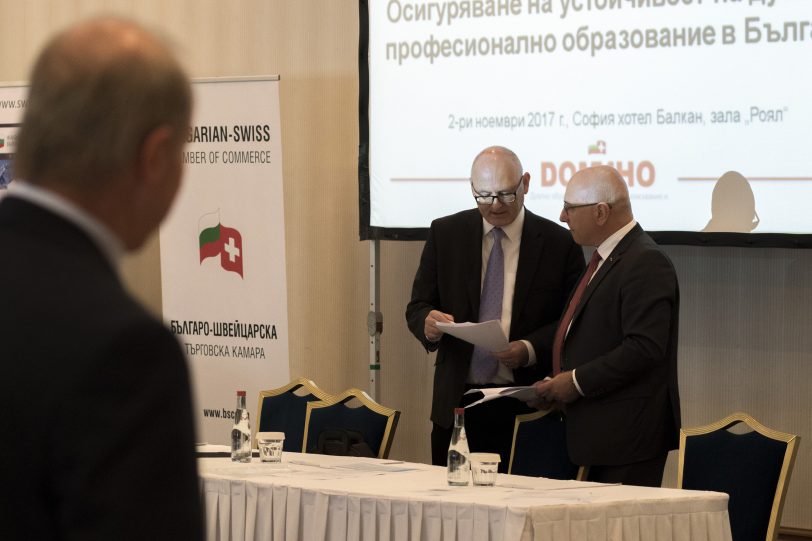 DOMINO is a true success story, said Prеsident of the Swiss Confederation Doris Leuthard about the Bulgarian-Swiss project for the introduction of dual education in Bulgaria at the final and closing session of the Forum on Dual Education.  Since September 2015 the Forum has been actively working within the DOMINO Project, which is implemented with the financial support of the Bulgarian-Swiss Cooperation Programme and is administered by the Bulgarian-Swiss Chamber of Commerce, which is partner in the project.

The dual education system has been proven and successful in Switzerland and the youth are part of this success, said President Leuthard. More than 75 %of the young Swiss go for vocational training, while the academic education is open to them as the whole system is transparent. Bulgaria has to find its own way to dual education and the partnerships between business, schools, trade unions, local authorities, NGOs and the other stakeholders is already part of the success. President Leuthard confirmed the Swiss support for the introduction of dual education in Bulgaria.

If Bulgaria has to have a priority, this is education, said Deputy Prime Minister Tomislav Donchev. He acknowledged that Swiss support for nit not just investing in the joint project for dual education, but also for sharing its experience. The commitment of the business to the introduction of dual education is one of the project’s achievements. “Starting as a project DOMINO should continue as a state policy”, pointed out Deputy Prime Minister Donchev.

The quality result in education come in partnership, said Deputy Minister of Science and Education Tanya Mihailova. The DOMINO is very succesful: 15 vocational schools were in the plan, while after the first two years of the five-year project they are already 32.

While the Forum was working, students from dual classes in Pernik and Kazanlak, teachers, representatives of the institutions and business had informal talks with Swiss President Doris Leuthard, Deputy Prime Minister Tomislav Donchev and Deputy Minister of Science and Education Tanya Mihailova.

2nd of November will be unforgettable day for several students from the Vocational School for Textile and Tourism “St. Ivan Rilski” – Pernik. They took part in cooking of the official lunch for the presidents of Switzerland and Bulgaria Doris Leuthard and Rumen Radev, and received their congratulations. 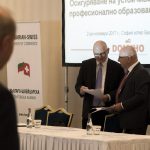 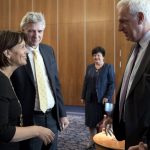 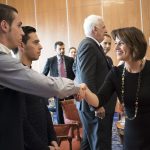 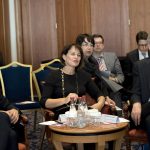 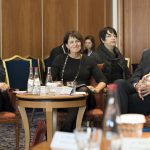 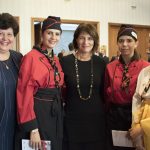 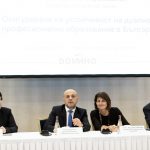 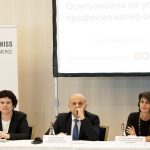 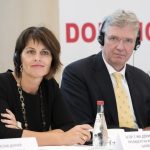 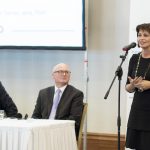 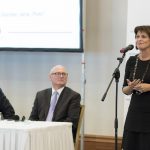 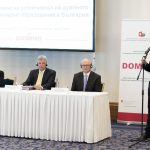 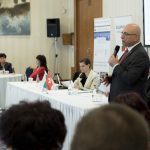 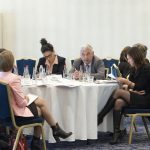 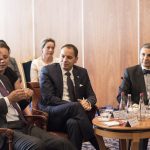 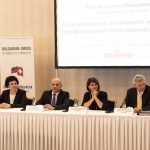