BSCC Partnership
*only in English
Meeting of the Bulgaria-Switzerland Friendship Group at the Bulgarian Parliament with HE Regina Escher, Ambassador of the Swiss Confederation and Mr. Boni Bonev, Chairman of the BSCC Managing Board

The meeting organised on 14 March at the Parliament was held in a friendly atmosphere and accompanied by interesting discussions. Mr. Martin Zahariev, Chairman of the Friendship Group, expressed the desire of the Bulgarian Members of Parliament for promoting the economic relations between the two countries.

Mr. Bonev presented the Bulgarian-Swiss Chamber of Commerce and its activity. He stated that “the Bulgarian-Swiss Chamber of Commerce highly values the willingness expressed by you and your colleagues for collaboration and co-operation in the light of promoting the economic relations between the Republic of Bulgaria and the Swiss Confederation. In this respect, the Chamber team and its members remain at your disposal for further meetings and creating opportunities for concrete joint actions and initiatives.” 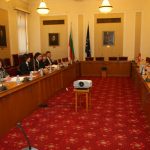 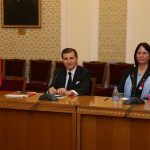 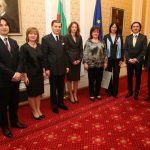 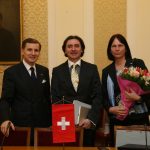 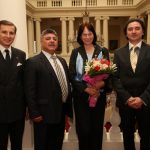