The initial investment in Bulgaria is worth over BGN 3 million

LEM Bulgaria is a 100% subsidiary of LEM Holding SA – the market leader in providing innovative and high quality solutions for measuring electrical parameters.

The current number of LEM employees is about 1,200 people and its sales in the financial year 2012/2013 were CHF 235 million. The company’s shares are listed on the SIX Swiss Exchange since 1986. LEM’s market capitalization is about CHF 781 million or BGN 1, 239 million.

The Geneva-based company invests in Bulgaria CHF 2 million into the new site (just over 3.18 million BGL). LEM Bulgaria starts with approximately 40 employees but plans to create up to 400 positions during the next five years.  The new production plant occupies 4’500 square meters of floor space.

The goal of LEM Bulgaria is to diversify LEM’s low-cost production and increase production capacity close to its European customers.

Mr François Gabella, the CEO of LEM, came to Sofia at the end of October, especially for the inauguration of the production facility.

“Bulgaria is a wonderful country with skilled and committed people. We invested here, because we were seeking the most efficient combination of low cost, competency and stability. There is very good engineering culture in Bulgaria, and all this coincides with LEM’s priorities,” noted Mr. Gabella. He shared that 40 workplaces have been opened up to now, but this is just the beginning and they are planning to transfer additional production lines in Bulgaria in the future. The Company transferred to Sofia capacities from its plants in Japan and Switzerland for the purposes of lowering the production cost.

The General manager of LEM Bulgaria, Mr. Boryan Borisov greeted the guests and stated that the whole team is committed to make LEM Bulgaria a unique success story in LEM’s history.

A lot of guests visited the official event, including representatives of state authorities, Sofia Technical University, business partners and media. 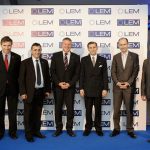 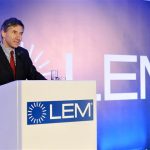 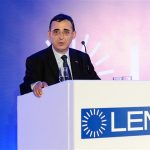 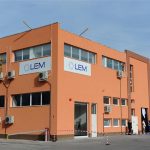