On 21 April 2015, the Embassy of Switzerland and the Bulgarian-Swiss Chamber of Commerce hosted a special event at the Hilton Hotel in Sofia with the participation of Mr. Tomislav Donchev, Deputy Prime Minister in charge of European Funds and Economic Policy, and Ms. Ivelina Vasileva, Minister of Environment and Waters. The two high-ranking officials from the Government of the Republic of Bulgaria and Mr. Denis Knobel, Ambassador of the Swiss Confederation, signed two important agreements under the Swiss-Bulgarian Cooperation Programme.

The signed agreements are related to the implementation of two new projects at a total value of CHF 32.2 mln. (BGN 61 mln.) under the Swiss-Bulgarian Cooperation Programme focused on “Environmentally Sound Disposal of Obsolete Pesticides and Other Crop Protection Products” and “Pilot Models for Environmentally Friendly Collection and Temporary Storage of Hazardous Household Waste“.

Both projects will be implemented until May 31, 2019 by the Ministry of Environment and Water through The Enterprise for Management of the Environmental Protection Activities.

After the signature of the agreements, each Minister presented to the audience the Government priorities in the field of economy and environment. The official part included a discussion in an open and friendly atmosphere. The event was actively covered by the media. 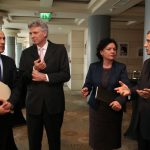 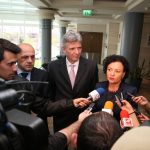 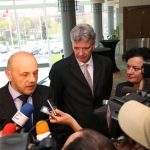 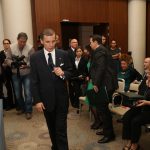 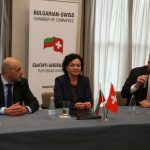 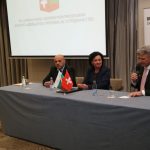 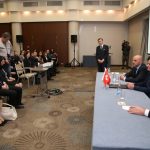 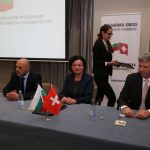 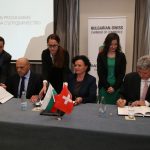 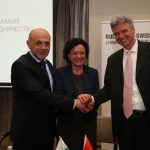 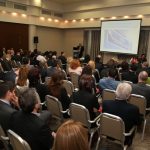 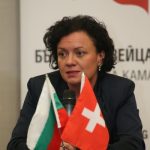 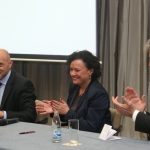 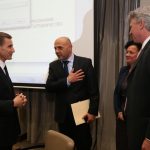 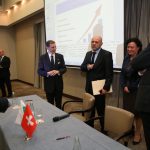